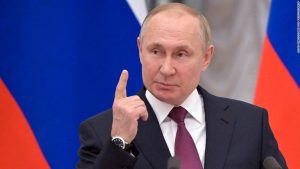 WARNING FOR OVERLY SENSITIVE READERS: This post is comedy. It’s meant to poke fun and as humor and entertainment. Take it in that vein and enjoy.

Seems a certain someone has had enough of the last two years of bullshit and decided to do something about it.

That song lyric with the words “Boom Boom, Out go da lights” comes to mind.

So… a pack of hyenas whose kids sit on energy boards in a certain former Soviet republic are now watching as their “bio” research labs, weapons stores, other nefarious facilities and their “laundry facilities” are being atomized by Russian cruise missiles  in attacks characterized by Vladimir Putin as necessary to the defense of Russia.

Of course the MiSM are all screaming their heads off and reacting in their predictable “end of the world as we know it” manner with breathless reporting and endless talking head appearances from people who have neither the qualifications or knowledge to influence public thinking or share information about anything more than perhaps how to use a web browser. And I’m being generous in that last qualification.

Perhaps a more appropriate song title is “A little less talk and a lot more action“? 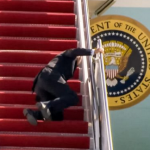 Of course, Putin is likely laughing himself sick as the cruise missiles land all over radioactively contaminated Ukraine and the western media squawk like a pack of starlings over the destruction of their bosses little fiefdoms.

I heard, in passing, about some kind of shut down of the fomer Soviet republic’s banks or some such rumor… Could it be that the DS-Quatloo Farms are now unreachable and can’t do debit-card transactions for the members of the “Family”? Say it ain’t so!

How is “Junior” going to pay for more hookers now?

Must be rough for the MiSM… watching their bosses secret ops, banks and scams going “boom”.

A little critical thinking here: Why would anyone want to invade a radioactive mess like Ukraine?

It’s ALWAYS about the money… and power…

My take is this is no invasion but instead is a military action to curtail certain activities in Russia’s sphere of influence.

“The Art of War” by Sun Tzu dictates that a power going in to conduct an action must move swiftly, go in with a goal, get it done and then get out just as quickly. My bet is Putin will be done with all of this in relatively short order.

I seem to recall Putin promising to step up and defend the world from pure evil some years back. Seems he’s delivering on that promise.

I’m betting “The Resident” is going to puff up like a blow fish and utter all kinds of threats like “I s**t myself” and “I need more corn flakes“. The wife will predictably pop yet another pill in his mouth and say “Chew it Honey” while she skims the personals ads in the D.C. newspapers. 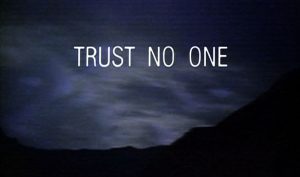 Meanwhile the United Nothing printed harshly worded letters and tried to look like high school principals and threaten to hold Putin back from graduation.

At last word, they were scraping together a campaign for donations on a crowdfunding site but were dismayed that their own people had shut the site down in support of Climax-Change and to deny 30+ year old WASPS access to the controversial site.

Shooting yourself in the foot is the United Nothing way. My advice is they need to go count blue helmets and put them to work directing traffic somewhere.

Of course, the “news” is going to spin this a certain way… I seem to recall the line from the X-Files… where Deep Throat tells Agent Scully: “Trust No One”. I think this is what he meant.

Watch with a) A smile and b) Ignore the MiSMs and BS.

Just remember – Trust NONE of the MiSM blathering. Trust what you see and can confirm.