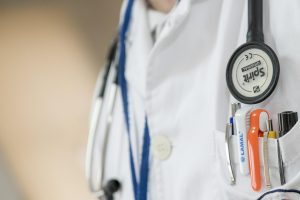 Doctors USED to stand up to the drug companies. What happened?

When I was a kid in the 1960s the mass marketing of new drugs and medical products was considered a sin by the medical establishment. Oh how the times have changed. The powers that be back in those days knew what would happen if modern medicine found itself invaded by Hollywood-style mass-market techniques. Sinful medicine marketing was something you just didn’t see back in those days.

My own grandfather was a neurosurgeon, specially, a brain surgeon. He had rather choice words for what he thought about the drug companies.

I believe his most acceptable word that I can print today would be to describe them as “jackals”. He had no love of mass-marketing and medicine mixed together. He passed in the early 1960s and I am sure as he resides in Heaven now, he’s shaking his head in disbelief at what he’s seeing.

The doctors and associations of those days knew the dangers of opening the Pandora’s box of a money-machine tied to drug companies having free access to push products in this new and invasive way.

Here we are in the 21st century with prescription medicine being listed at the third leading cause of death in the U.S. in 2016 in the video above. A much different case than back in the 1960s.

I seem to recall there were not only industry practices that discouraged the marketing of drugs in the manner that is routinely seen today, but that it was actually illegal to engage in advertisement of medicines and services except in very controlled fashion. I remember my father talking about this repeatedly when he saw where things were headed 40 years ago. 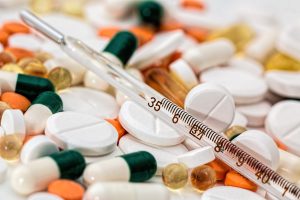 What is REALLY in our medicines?

Back in the 1960s and 1970s though, doctors of that era still had a sense of ethics about drugs.

Now we’re faced with an onslaught of marketing in commercials and told by the elites that we’re supposed to believe that this is the norm?

We won’t even get into the case of a man who sold software for a living who now thinks he’s God’s answer to vaccines and who even tells us natural meat is bad and that we should be eating synthetic meat.

Something is VERY wrong with all of this.

Since when are we supposed to believe that is it permissible to walk into a doctor’s office and mention brand-names of medicines we want to take? This is the nature of the programming these commercials are designed to do and the marketing WORKS. People actually do this without giving thought as to WHY they are doing it.

The right medicine is a decision the doctor will make in private with you if it is sensible. Having patients walk in and mention the drugs they want to take is at once unethical and frankly, dangerous. It is one thing to have an informed discussion, quite another to walk in with a drug in mind for your treatment because you saw a commercial.

I recall seeing these same practices in the 19th century with snake-oil salesmen advertising their claims in the papers. The medical industry back then shunned these types. Not any more.

I recall when drugs were referred to by their chemical compound names. Not some glitzy marketing name in a commercial that shows happy people getting their pills and then an announcer reciting a litany of dangerous side-effect that included every nasty possibility one can imagine.

And the NAMES are horrific. Really! Who the f**k makes up these names? I can come up with at least some humorous names that are funny and which are more descriptive of their function.

These are WAY more descriptive than these marketing nightmares we’re subjected to daily.

The only sensible thing to do now in this unethical environment is to listen to the doctor and then engage in critical thinking and use some rough rules of the road to insure you navigate your way through these waters with careful questions and not just accepting what you are told without making the doctor explain their reasoning on a medicine.

My trust in medicines comes from one thing now. That is the length of time the drug has been on the market and as complete an understanding of it’s chemical makeup and long-term studies of the good and bad of the drug that I can educate myself about. If a medicine my doctor is pushing on me isn’t over ten to twenty years old, I ask the doctor for the oldest and safest known medicine with a real track record.

Bottom line: The grave yards are full of the experimental victims of new medicines. Don’t be one of the test subjects.

Pull out that phone, search the web and see if there are horror stories attached to the latest drug your doc is talking to you about taking. When you  are informed, you can choose WITH your doctor and make the right decision for you, knowing all the facts.

Couple that questioning with asking about known generic medicines that are cheap and get the job done. Make it clear that what you expect with drug choice on going into a doctor now and let them know your concerns about high-priced medicines with dodgy track records. It’s YOUR body after all.

Witness the indignation now when drug companies are confronted over their vaccines. Something is REALLY wrong when they attempt to hide their formulations for 75 years. I have friends now who are suffering the side-effects of medicines given that have dramatically lowered their quality of life because of these practices we see going on.

Remember, these products are things we take or are injected into our bodies. We have the RIGHT to question the people behind these products. 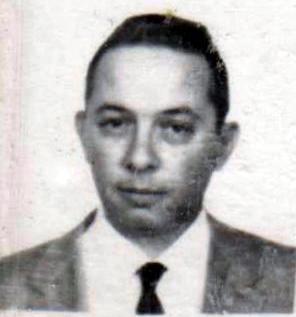 Dr Almada – Not a fan of medical mass-marketing.

Instead, we are stonewalled or flat out lied to and see propaganda commercials being trotted out to assure us of how SAFE a medicine is that we are not allowed to see the chemical composition of.

I seem to recall Nazi Germany engaged in similar practices with their medical ethics. We all know the slippery slope that ended up becoming.

And now the MSM along with agencies we are supposed to trust are now trying to push how SAFE the new medicines and vaccines are.

Sorry… that trust evaporated completely in the past two years.

When scientific protocols and precautions have been thrown to the wind over the past two years of this never-ending medical nightmare it is clear we have a right to question what is happening.

The mask thing is another case in point. Viruses are 1 to 3 microns in size. Masks tend to have fibers ranging from 30 to 100 microns apart. Viruses can just walk right on through. The ONLY way to keep a virus at bay is to wear a positive pressure suit or… stay away from sick people. Better yet, keep the sick people away from others.

I’m sorry to say this, but the moment doctors speak in the media anymore, I switch the channel. They’ve sold out along with almost all of our institutions.

When is the last time you actually saw studies to support the assertions were fed in the media that actually back up the claims of the agencies making policy off their decisions? I sure as hell haven’t seen anything convincing.

And now they are pushing remote medicine as a norm!

I would put one of these glitzy marketing jingles that are now playing on the television regarding remote medicine but I have no desire to see a letter from a shark-toothed attorney who demands I not speak ill of his clients. I’ll just put on some Shark Tale music from 2004 and give you the general idea of the marketing glitz and make you rock out at the same time ;>)

Doctoring in my day had my physician actually SEEING ME IN PERSON. I was poked, prodded and examined in close detail. It’s the only real way to determine your state of health and to be certain that things are caught early. I’ve been seeing a commercial about how GREAT tele-medicine is and they even write catchy tunes that program us to think how normal this all is.

The graveyards are full of the victims of this policy. People whose real and easily treatable conditions could have been corrected if they had only seen a doctor who ACTUALLY EXAMINED THEM IN PERSON.

Try to get that sort of treatment today. The medical institutions that now exist are bound and determined to keep you out of their facilities.

Perhaps the real reason to do these remote visits is precisely so people’s medical conditions ARE not addressed and the death rate increases… It’s not hard to see this as a legitimate concern.

We need ETHICAL medicine again that cares about the patient. Not more medical propaganda and drug company hard-sells. Something is wrong when most people now see a visit to a doctor or hospital as a dangerous venture that is more akin to a death wish than to getting healed.

We need real doctors again… who care about their patients and who don’t buy into the party line. Until that day comes, we’re on our own folks.