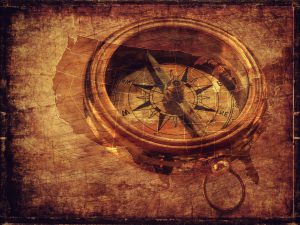 A few years back, I worked with a gentleman who was a very amazing intellect to work with and we clicked as friends and shared a great many experiences together at our common workplace.

He was a mentor to me and we collaborated often. I felt that we understood each other very well and our work together produced a lot of benefits for the company and our combined senses of humor were extremely sarcastic, but a lot of fun and it was one of those cases where you could just open up and be yourself.

He was an author and a writer with years of field experience in a wide range of topical matter and I had a lot of respect for his accomplishments and I learned a great deal from him in the three or so years I grew to know him.

It is one of those relationships that is a formative one with someone you know really makes an impact on you and you are glad that you met this person.

To make a long story short, the company I worked for was downsizing and in the summertime I realized we were all going to be outsourced and my friend met with me one day and was acting a little off. I couldn’t put my finger on it, but I realized I just needed to listen. He had gone through some medical challenges and the medicines had also had their effects on him. I had seen these same sorts of things in the past with my father’s long-term illness and was able to look past these little issues. This last day I met with him, he was actually a bit angry and took some personal shots at me and I just nodded and let these go since I was pretty sure he was just experiencing side effects from the medications he was taking.

He left me a brief email later that day and it was a short but somewhat odd “goodbye” kind of mail telling me I’d be A-Ok and had a bright future ahead of me. I was a little mystified but let it go and hoped I’d run into him the following day.

The next day I was made aware he had been let go and had already vacated his office. I called him repeatedly with no answer and figured it was just a reaction to the layoff, but as the days turned into weeks I realized that the pattern of rude behavior, anger and outbursts I had seen had actually gone back further than I cared to remember and I realized that there was a personal issue at work.

He had befriended me years earlier during a time when I was a key resource for getting things done and it struck me in hindsight that all those visits to his office and my willingness to provide help and technical support were likely something he used to feather his nest while I was led to believe we had a friendship and mentoring relationship.

The bottom line is that he wrote about how to use people who he felt were stupid. Literally a point by point instruction guide for how to put up with and then actually USE people for his own ends while looking down his nose at them! He painted himself to be their superior and yet never looks at the stupidity of his own assumptive behavior of how people are.

Human beings can be stupid one moment and then brilliant the next. it is all in context to so many variables that I cannot even compute them. His writing contained some truths to this point, but where I draw the line is that he espouses using people in the fashion he did and then he drops them like a hot rock when he has gotten everything out of them he can.

That behavior IS patently stupid. Yes, people can be challenging and they can engage in behaviors that we individually may find difficult to handle, but one has to remember there are two superior emotions that can literally cure the behavior that this person is exhibiting.

I’ve dealt with people who used me, including this person who did this to me and I’ve had initial moments of anger at seeing how I was treated. But when you look deeper into these experiences and the reasons for them, you can find forgiveness for what they have done. It’s a hard thing to do.

Compassion and Empathy lead to Forgiveness and these free you from the trap of being angry at what you learn from someone who is treating you the way you were treated. And if you really think about it, it is a lesson you NEEDED to learn.

So the final emotions that follows from all of this is Thankfulness and Sorrow for the person or people causing the problem.

So… After having read his proud boasts of how to get rid of people he felt were not worthwhile, I have seen that I was one of those folks. And I forgive him as well but the most overriding emotion is sadness. Sadness for my friend and sadness for how he views the people around him.

My hope is that he changes his views before it is too late, but I suspect that he won’t be changing anytime soon.

It comes down to accepting people as they are, approaching them with an open heart and then working from there, always being honest but not being surprised at the things that happen.

May you run into good people on your journey who are compassion filled and honest to a fault. That is the only way a true friendship prospers… 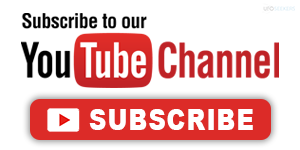